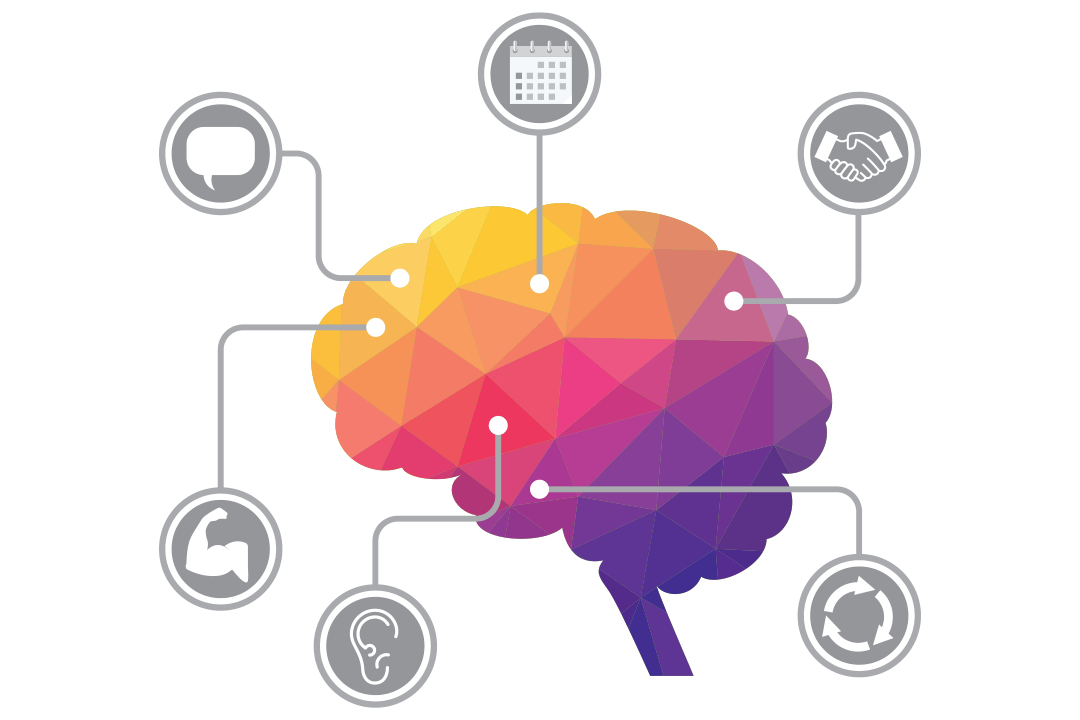 Autism is a complex, lifelong developmental disability that affects essential human behaviors such as social interaction, the ability to communicate ideas and feelings, imagination, self-regulation, and the ability to establish relationships with others. Although precise neurobiological mechanisms have not yet been established, it is clear that this disability reflects the operation of factors in the developing brain.

An Explanation of Affected Characteristics

Differences in Socialization and Communication

Splinter Skills
Atypical brain development leads to challenges in certain areas as well as strengths in others. Sometimes we call these differences splinter skills. For example, a person may be able to complete high level calculus in his or her head, but he or she can’t balance a budget.

Theory of Mind
The ability to recognize and understand the thoughts, feelings, and intentions of others is called theory of mind. Many people with autism struggle to understand that other people have different thoughts, beliefs, values, and experiences than their own, due to difficulty with theory of mind.

Executive Functioning
This is the part of the brain in control of strategizing, organizing, working memory, attention, and inhibitory control. People with autism often have difficulties in one or more areas of executive functioning. If an individual on the spectrum procrastinates, has difficulty with memory, struggles to make plans, or has bad time management skills, he or she may be experiencing executive functioning impairment.

Sensory Processing
All of us receive sensory input from the environment and our bodies that our brains turn into understandable information. Many people on the spectrum have difficulty with the processing step. They can be over- or undersensitive to any sense: Over – It’s too much. Under – I need more.

Remember that autism is a spectrum. Individuals will have their own unique constellation of traits, as well as their own strengths, preferences, and identities. Different people will have different levels of challenges, and these challenges are based on supports and environment. No single behavior can be used to identify autism. If you’ve met one person with autism, you’ve met one person with autism. Autism knows no racial, ethnic, or social boundaries. Family income, life-style, and educational levels do not affect the chance of a person having autism.

What is Autism Flyer 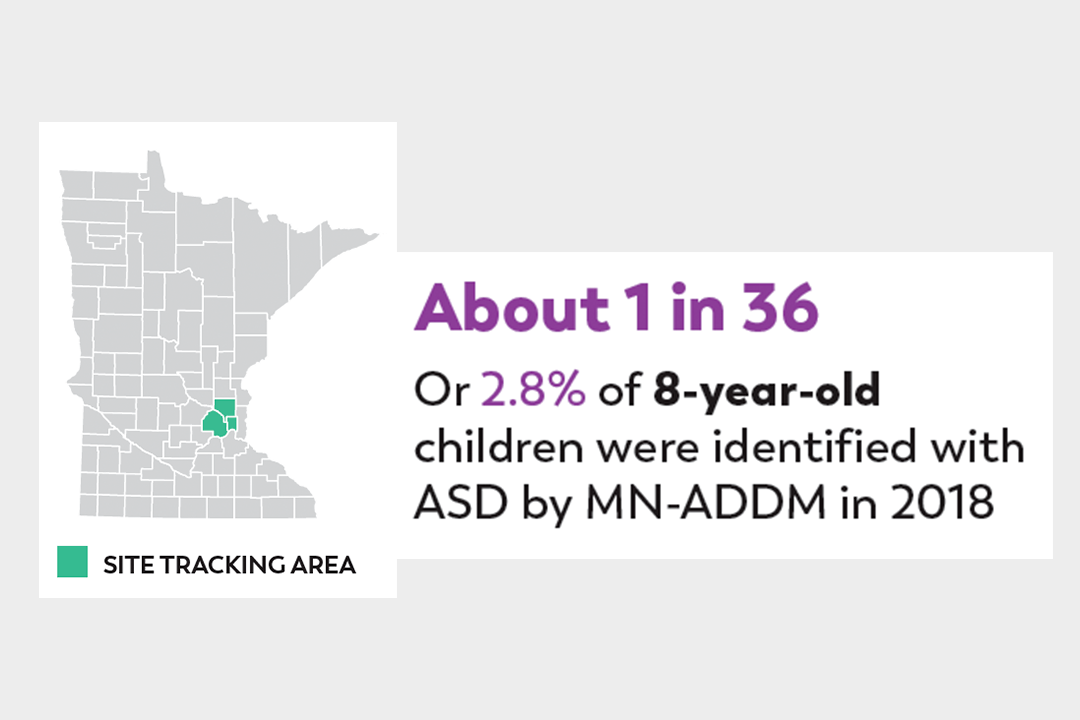 The Centers for Disease Control’s Autism and Developmental Disabilities Monitoring (ADDM) Network released its surveillance of Autism Spectrum Disorder (ASD) report on Dec. 2, 2021 which notes that one in 44 U.S. children has ASD. This reflects an increase over the previous report of one in 54. Also consistent with previous findings, boys are 4.2 times as likely to be identified with ASD than girls.

Overall ASD prevalence did not vary by race and ethnicity, although at certain sites Hispanic children were less likely to be identified as having ASD than white or Black children. Black children were classified as having intellectual disability at a higher proportion compared with white and Hispanic children, which is consistent with previous findings.

These estimates from the ADDM Network are based on data collected from health and special education records of children living in 11 communities across the United States during 2018. To determine ASD among children aged 8 years, information was collected from abstract developmental evaluations and records from community medical and educational service providers.

MN-ADDM, part of the ADDM Network, monitors the prevalence of ASD and of intellectual disability (ID) in parts of Hennepin and Ramsey counties. MN-ADDM collects ongoing data on ASD prevalence in MN communities and provides ASD prevalence estimates every two years. Key findings are indicated below:

• In Minnesota, the prevalence rate for autism is one in 36, the third highest rate of the 11 data collection sites throughout the country. Minnesota data was collected from parts of Anoka, Ramsey, and Hennepin County, including the city of Minneapolis. This new prevalence rate is higher than the previous study which identified Minnesota prevalence as 1 in 44. ADDM notes that this study year included a change in methodology, and prevalence rates prior to study year 2018 are not directly comparable.

• Males are 4.2 times more likely to be identified with ASD than females. In Minnesota there were differences between percentage of males and females identified, with more males than females. This number is consistent with both previous Minnesota and current national estimates.

• Minnesota had intelligence quotient (IQ) data available for 81 percent of 8-year-old children identified with ASD. Of those children with ASD in MN, 29 percent had an intellectual disability.

• The median age of first ASD diagnosis by a community provider in Minnesota was 63 months (or 5 years, 3 months) of age. ASD can be diagnosed by 2 years of age. Minnesota is identifying children with ASD at much later ages than is recommended.

• Approximately 45 percent of children later identified with ASD had an evaluation (of some kind) documented in their records by age of 3. While this is a slight improvement from previous the previous study year, Minnesota needs to continue to find ways to lower the age of first evaluation by community providers. Data on 4-year-olds indicates we may be identifying young children faster. Children in the 4-year-old group were identified with autism at 1.8 times the rate of 8-year-olds.

In addition to focusing on early identification and intervention, Minnesota services and support are critical now and as children grow into adolescence and adulthood. To meet this increasing need, additional resources are required to support diagnostic, educational and treatment options for children with ASD.

Because of Minnesota’s current ASD provider shortage, building resources and capacity is imperative. Continued efforts are needed to train, recruit, and retain professionals in the field of ASD, particularly individuals from culturally and linguistically diverse backgrounds.

Parents, caregivers, and advocates are encouraged to use these new findings to encourage increased supports. “I use information from the Minnesota ADDM program in my work as a parent advocate with Minnesota legislators,” Kelly Kausel, mother of a child with autism and parent advocate, said. “To be able to show that over 2 percent of children in Minnesota have autism, and that Minnesota has one of the higher autism rates compared to other states helps to motivate people to action. It helps us understand the needs of children with autism in Minnesota today and what needs we should plan for as children become adults.”

Ellie Wilson, Executive Director of the Autism Society of Minnesota agrees. “As autism diagnoses increase, so, too, does the need for programs and services to support individuals with autism from birth through retirement and to provide education and training to our communities,” Wilson said. “For more than 50 years, AuSM has been supporting individuals affected by autism through community-building, education, advocacy, and information and resources. We also understand the importance of early identification and of informing policies promoting improved outcomes in health care and education for individuals with autism.”

Autism knows no racial, ethnic, or social boundaries. Family income, life-style, and educational levels do not affect the chance of a child having autism. Autism is a “spectrum disorder”; characteristics and level of support needed are unique to each individual with autism. 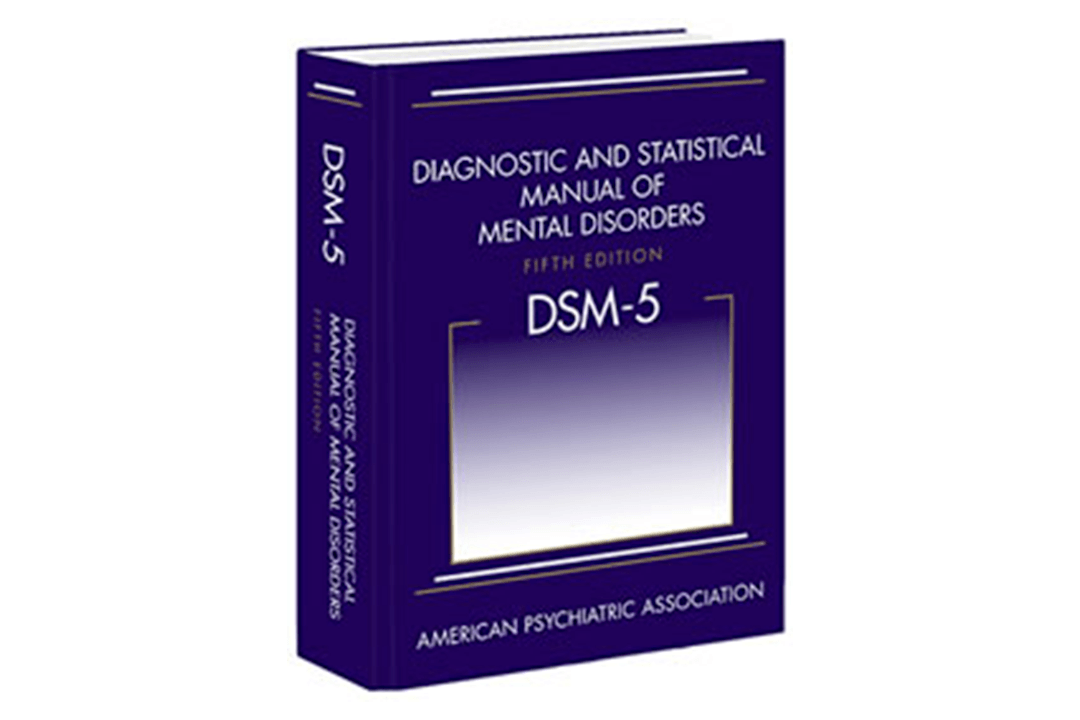 Mental health professionals diagnose based on the Diagnostic and Statistical Manual of the American Psychiatric Association, fourth edition (DSM-IV). DSM-IV was published in 1994. It is the first edition of the DSM to include both autism and Asperger syndrome as diagnoses. The DSM does not use the term autism spectrum. Autism and Asperger’s syndrome are listed in the category Pervasive Developmental Disorders. There are three diagnoses in this category that are autism spectrum diagnoses, autism, Asperger’s syndrome, and Pervasive Developmental Disorder, Not Otherwise Specified (PDD-NOS).

Autism is characterized in the DSM-IV by:

Asperger’s syndrome is characterized by:

Diagnosis of autism requires a total of six (or more) items from the three areas, with at least two in the area of social interaction and at least one in the other two areas. Diagnosis of Asperger syndrome requires at least three items with at least one in the area of social interaction. If a clinician feels that there are concerns in all three areas but there are not enough specific items to diagnose autism or Asperger’s syndrome he/she might diagnose PDD-NOS. Characteristics of autism change with age and learning. The qualitative differences look different in two-year-olds and twenty-year-olds so some clinicians may diagnose PDD-NOS when they are not sure whether a behavior meets criteria.

In late 2012, the American Psychiatric Association (APA) approved a fifth edition of the Diagnostic and Statistical Manual of Mental Disorders (DSM-5), signing off on a sweeping change to the definition of autism. The DSM-5 eliminates autistic disorder, Asperger’s disorder, childhood disintegrative disorder and pervasive developmental disorder (not otherwise specified) by dissolving them into one diagnosis called autism spectrum disorder. According to the APA, this represents an effort to more accurately diagnose all individuals showing the signs of autism.

The DSM-5 is important because it provides the diagnostic labels that governments, insurance companies, schools and other institutions use to determine the services needed by each individual. There is concern that changes in diagnostic labels will change access to services and programs for individuals with autism. Broad diagnostic criteria also could make it more difficult to grasp an already complex disorder that manifests itself differently in each individual, resulting in misdiagnosis and improper treatment.